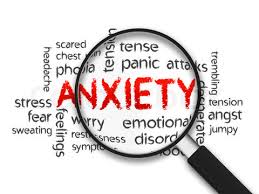 Anxiety is one of the most common psychologically diagnosed conditions today. Both anxiety and fear are considered negatively-valenced emotions. Fear is brief, present focused, due to a specific threat, and allows for avoidance of that threat. On the other hand, anxiety is future focused, characterized by sustained hyper-arousal due to uncertainty and aids in defensive action or risk assessment. Anxiety is specifically defined as persistent, excessive, and unrealistic worry about everyday occurrences.

Symptoms of anxiety include but are not limited to nervousness, difficulty concentrating, trouble relaxing, tenseness, hyper-vigilance, restlessness, and irritability. When experiencing anxiety, it is imperative to rule-out frank disease such as a myocardial infarction, Grave’s disease, or pheochromocytoma. Acute anxiety, or panic attacks, may be related to chronic viral fatigue syndrome, a vitamin and/or mineral deficiency, or PTSD. 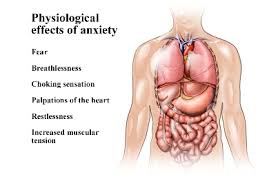 The amygdala, made up of almond shaped groups of nuclei found near the base of your brain, is central to processing both fear and anxiety. Emotional memories are stored in a central part of the amygdala and thus may play a role in anxiety disorders and phobias. The exact pathophysiology of anxiety disorders is not fully understood, but it is thought to be related to the dysregulation of neurotransmitters such as serotonin, dopamine, and GABA (gamma-aminobutyric acid) in the Central Nervous System.

The cause of anxiety can be varied and includes but is not limited to chronic stress, caffeine, alcohol abuse, and medications such as benzodiazapenes. There has also been shown to be a strong genetic tendency towards anxiety found in families. In correlation, there has been recent research exploring epigenetics, the reversible and heritable alterations in genomic expression that are independent of changes in gene sequence. Epigenetic research bridges the gap between our external environmental exposures (physical, mental, emotional, and spiritual) and the pathophysiology that produces mood, anxiety, and fear. 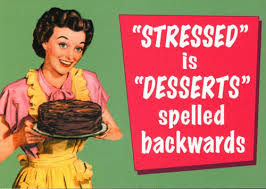 Chronic anxiety can be a result of being under continual stress due to emotional, physical, or mental trauma or food allergies/intolerances, heavy metals, pathogens, or any biochemical imbalances. These various stressors activate a rapid response from our Sympathetic Nervous System (SNS), or a “fight-or-flight” response, as well as a slower response from our HPA (Hypothalamus-Pituitary-Adrenal) axis to produce cortisol. Cortisol released into your blood triggers your body to release glucose, which can thus be readily used by your body’s brain and muscles to help fight or flee the impending danger. Over time, chronic constant stress yields an over stimulated SNS as well as “adrenal exhaustion”. This will worsen anxiety and may also cause insomnia, heart racing, decreased digestive function, and other hormonal imbalances.

It is imperative to work with your healthcare provider to find out the underlying cause of your anxiety and to begin your journey towards healing.

Alison Kerns has had great early success as AIM’s newest associate.
Her patients love her and her work ethic is second to none.
Come experience primary care with this excellent doctor.